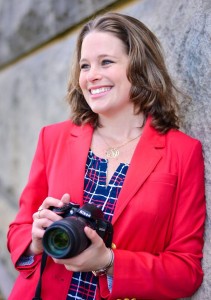 Happy New Year y’all! I love this time of year because it gives me time to reflect on what worked and what didn’t work last year, as well as, determine what techniques I’ll maintain and/or change to improve my business in the New Year.

For 2014, I’m trying to re-focus and scrutinize the business side of things even though I feel like I have a good handle on things — it can always be better. I want to make sure 2014 is even more organized and more goal-oriented than before.

Instead of making resolutions that are tossed aside by February 1st… I’d like to showcase some goals for Allison Shumate Photography in 2014. Not just any goals… SMART goals (specific, measurable, action-oriented, realistic, and time specific). So here they are (in no particular order)…

What are some of your goals? It always helps to write them down and tell someone so you stay accountable. Post a comment below so we can cheer each other on 🙂

I plan to print this blog post and tape it to my wall so I can always see it and stay on track. I’m SO excited to see all that 2014 has in store for Allison Shumate Photography. I cannot wait to meet new clients that I’ll have the privilege of working with. It is such an honor as a photographer to be a story teller… creating images that become treasured heirlooms for today, tomorrow, and for years to come. Thank you for continuing to make my dream a reality.

Category: Ask Anything • Business • For Photogs